PEN AND PAPER FOR BETTER SLOW WRITING. OR FOR SLOWER BETTER WRITING 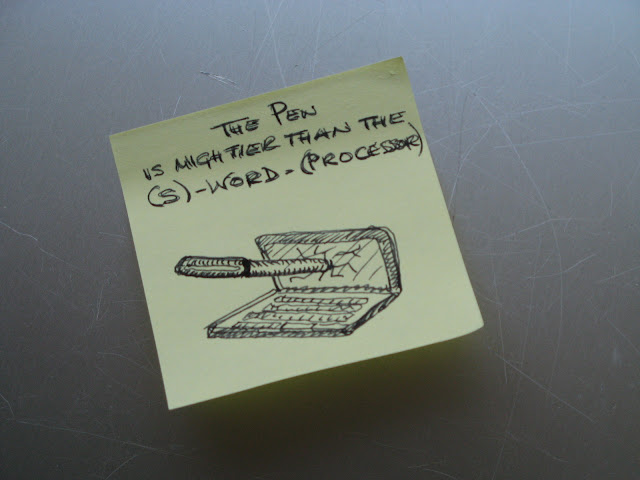 When I was thinking through the many possibilities for the outline and design and ethos of this blog i had an idea that I could write these posts on the move – pen on paper, sitting on a rock, or in a boat, or up a tree – and then photograph the pages and post them. I was looking for the least reliance on computers, and the shortest amount of time spent at a keyboard, whilst still being able to post weekly pieces, and this seemed a great idea.

I tried it. And it looked poor. A simple, easy to read, magazine-article style of post was paramount on my list, and handwriting the blog and posting as photographs of the resulting pages was more time consuming, far less pleasing to the eye and generally wrong.

So, now the posts are still written by hand, but then I type them up and post them in more conventional format.

But thinking through all the above meant appreciating the many advantages of paper over screens, and especially for travelling, on slow adventures or in day-to-day life.

Waterman pens - I use the Hemisphere - are great; they're tough, never seem to leak (even at altitude, or in plane cabins under pressure), the cartridges are usually easy enough to find and there's also a fill-your-own reservoir for using with bottled ink. My original ones came with medium gold-plated nibs, but i've changed to a fine stainless steel nib which suits my style of writing better. BUT if you use a Waterman pen as much as i do you'll find that the retaining 'click' rim on the cap wears out and the cap becomes looser and looser and finally won't stay on, making a perfectly good, lifetime-quality pen unusable; I've worn out two so far, both within five or six year. And - here's the bigger BUT - Waterman Pens have a frustrating and useless customer service ethos. I sent five or six emails looiking for the price on a replacement cap. Their stock response was them insisting that i send the pen to them for an assessment and a quote to fix the problem. When i finally got an answer i was quoted a price just for the cap that came very close to the cost of buying a whole new Hemisphere pen from an online pen shop. Plus an extra and rather excessive charge for postage. I found all of this incredibly irritating. But - small but, this time - i still like the pens. So, i just got a new one. And will accept the paradox of liking the product, but not the company that makes it.

If you're in Ireland and in the market for a proper pen, (Waterman or any other marque), i fully recommend a pleasant hour or so test-driving different models at Pen Corner, College Green, Dublin. They're nice people, they know pens, and the shop has history of the kind to make you realise that buying a good pen that will last for years (or decades if the cap didn't come off) and that is a pleasure to write with constitutes an investment approaching the spiritual.

People often comment on the note-pad arrangement in the picture below. It fits into the breast pocket of a shirt, which is where you want to have your note-taking kit if note-taking is your thing. I made the leather holder myself; hand-sewn oak-tanned pig-skin. It's got a sheath to hold the pen, a pocket that takes essential cards and bits of paperwork, and another pocket that holds a replaceable notebook. Being good leather it only gets better with age and use.

I use Muji notebooks for notes. Muji make excellent stationary, anyway, and their A6 dark-grey covered notebooks have superb quality paper in a sewn and taped binding. The paper takes fountain pen ink beautifully. They're exactly twice the size needed; so just cut 'em in half. Two for the price of one. And they're already cheap. http://www.muji.eu/pages/online.asp?V=1&Sec=12&Sub=50&PID=3664

[A rant; for years i used WH Smith's right-sized - so A7 - spiral-bound notebooks. They were ok paper, reasonably cheap and practical enough. Then it became obvious that some bean-counter was rationalising production costs. Over a short period of time the number of pages was reduced, and the quality of the paper plummeted, and the wire spiral binding was reduced to too few spirals to work properly. And for these 'improvements' they doubled and then trebled the price. The new note books were unusable, so off i went in search of another option, a quest that led me to the far, far better - and cheaper - Muji books. Since then, wherever i have the choice, i shun WH Smith's and buy my newspapers, magazines and - certainly - stationary somewhere else. That's how customer relations work.] 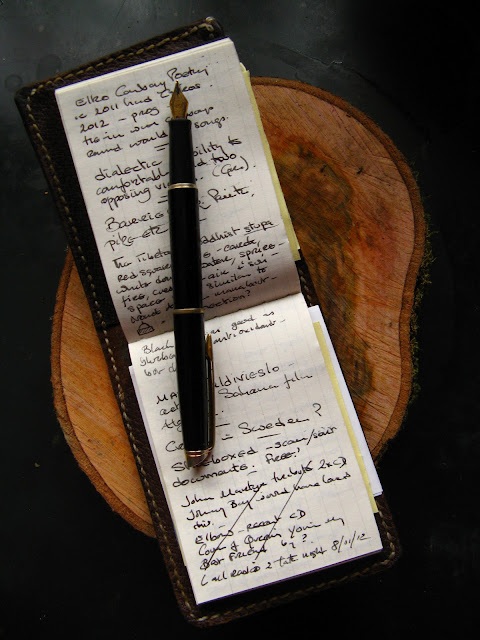