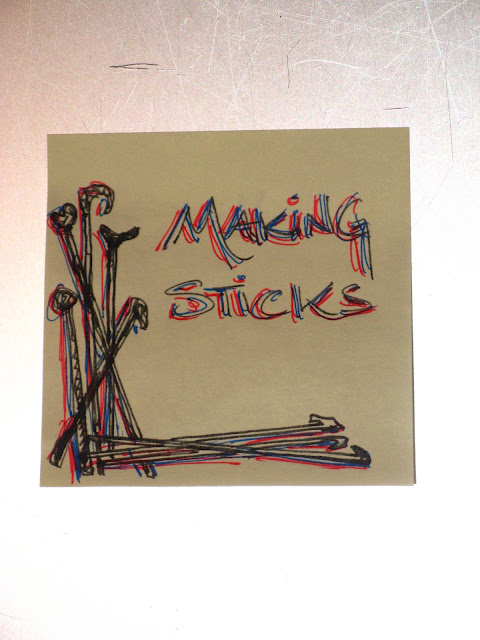 You might have thought that last week's Slow Adventure post would have exhausted walking sticks as a subject to the casual reader. But I'm not so sure, especially as quite a few people got back to me about sticks; quite a few with walking stick stories of their own. Anyway as an unrepetant rabologist (someone interested in walking sticks) – or possibly even a rabophile or rabomaniac – here's a bit on what I reckon as the most interesting thing about walking sticks; making them. 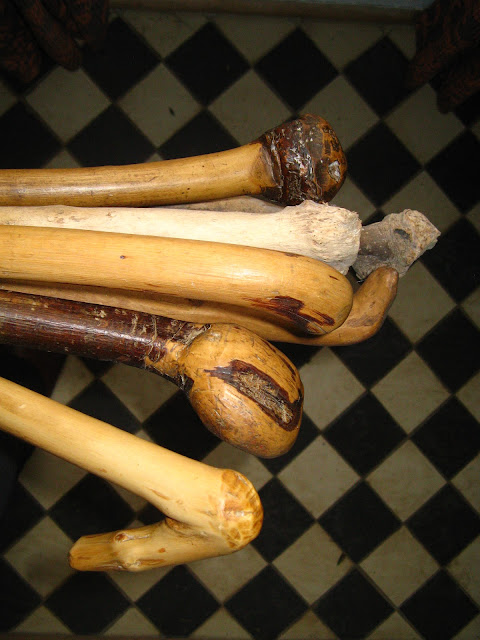 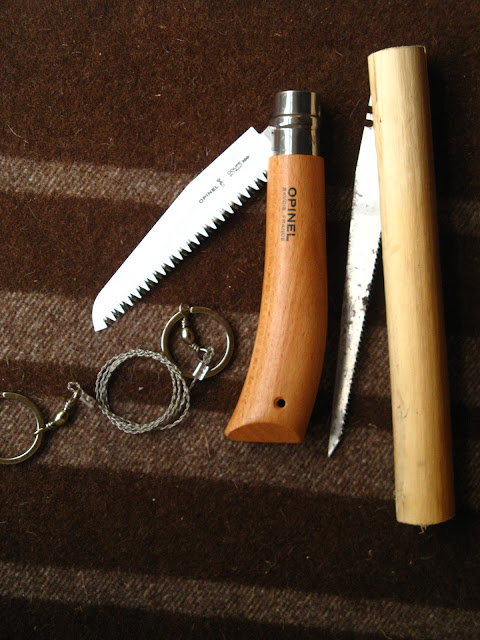 Opinel folding saws are in some good tool shops or outdoor shops; otherwise they're easy to find and get on the internet. There are various sizes, but for cutting sticks out of the hedgerow the No 12 is pocket-sized and just right. I bought mine from http://www.heinnie.com/product.asp?P_ID=3248. Wire-saws are also available from outdoors shops and from the internet (Heinnie, as before has a good example); there are various qualities and you pretty much get what you pay for; I'd suggest that just for carrying in a pocket to slice out a useful looking stick from a copse you don't need to pay very much. There's a technique to using wire-saws, especially on standing, green sticks – basically you need to keep your hands fairly far apart and pull back and forth evenly so the wire is fairly straight rather than bent around the stick, and try and pull the stick towards you as you cut to open the saw-cut slightly so it doesn't jam. 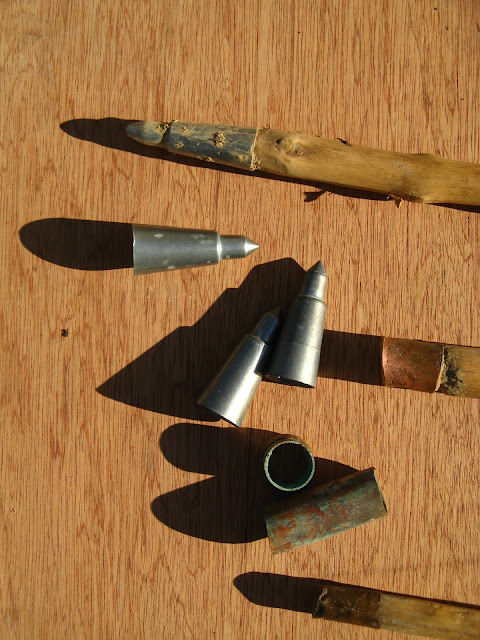 Actual sticks, of course, you're going to be harvesting for yourself. And if you're in no hurry, and get around a bit, and know people you'll probably come across bits of antler or rams horns or buffalo horn chunks to use for handles. And ferrules and screw-joints you can make for yourself. But if there's stuff you need in a hurry – and just to see what they've got in tools, and specific stick accessories – it's worth a look at www.thestickman.co.uk. They sell pieces of antler, buffalo horn and other materials for handles. Also ferrules and spikes. What they have that's really useful are screw-joints; you can make your own but these are cheap and good so why bother.

Another on-line stick bits supplier is www.walkingsticksonline.co.uk. They also sell useful things like spike ferrules (cheaper in Spain in hardware shops if you were there, but you're probably not). Rubber ferules are useful too. And you could buy metal cap ferrules if you couldn't be bothered to make your own out of piping. 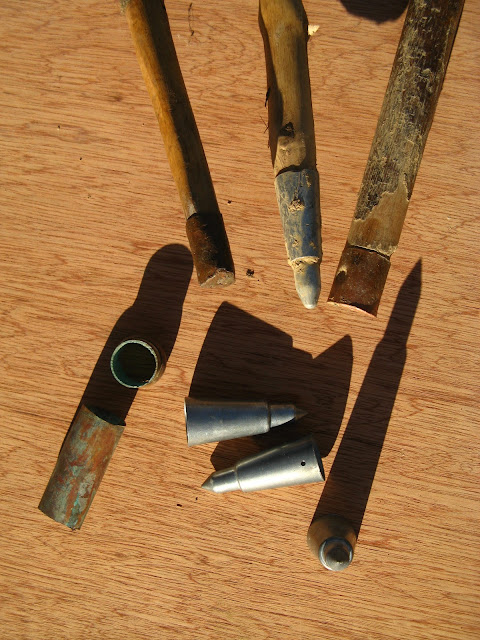