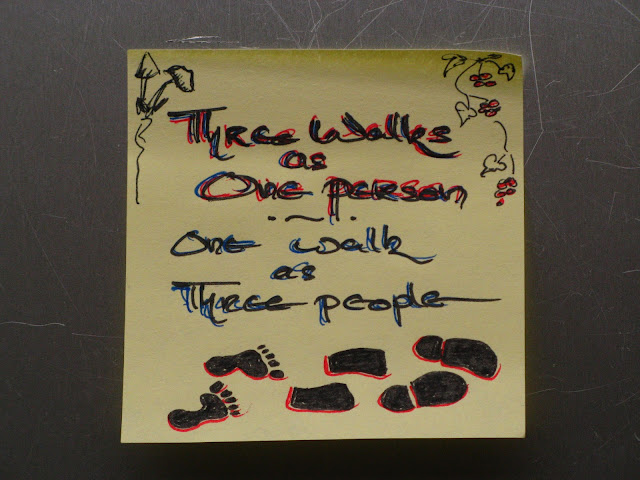 Back at the start of August I had an unexpected and unwelcome trip to hospital. I came out after a week, but was booked in for a return visit and abdominal surgery for some six weeks later. I was not only advised to take things easy, but found I actually had to take things easy (not always the same thing, in my experience). I'd had a fairly busy few months planned for late summer and early autumn; sailing, long walks, kayaking, travelling in Spain and Morocco, playing and recording music, as well as the usual running and partying and writing.

As it turned out doing anything reasonably active threatened to put me back into hospital, which in turn would delay surgery. I cancelled or postponed the stuff i'd been planning on doing. I was philosophical and reckoned it was a good chance to read through a huge pile of books, do some writing and generally mull quietly about life and such. And plan what I was going to do post-surgery when back to rude – obnoxious, even – good health.

So far so dull, both to read about and to live through. The downside of enforced malingering was boredom, and lack of motivation – if I couldn't run around, then why bother doing anything less physical, huh? – and sleeplessness. 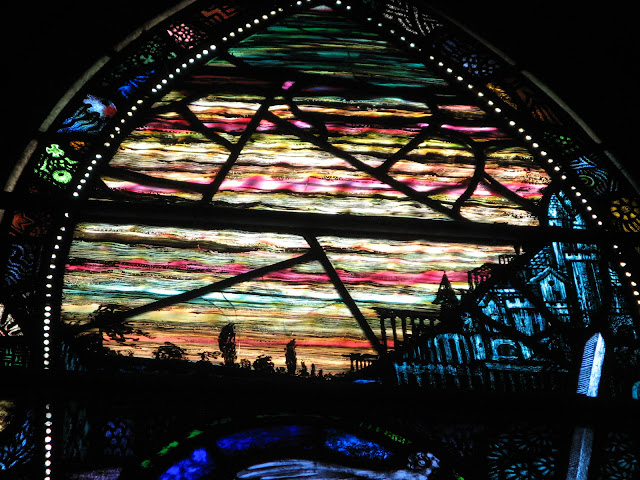 I woke in the early hours one night and selected three books from the tottering and random piles beside my bed. Each seemed to offer the possibility of some kind of inspiration. Salvation, even. I read back and forth between them all for the rest of the night, through till dawn.

The books were:
Film-maker Werner Herzog's Of Walking On Ice.
Japanese poet Matsuo Basho's The Narrow Road to the Far North
The Collins Gem guide to Wild Flowers.

Herzog's Of Walking on Ice is his account of walking the 500 miles or so from Munich to Paris in the winter of 1974. Film maker Lotte Eisner was ill and Herzog was convinced that a pilgrimage to her bedside on foot would save her. He left on November 23 and arrived in Paris on the 14th of December. He writes that he had new – uncomfortable – boots, a leather jacket, a duffle-bag and a compass [lost en route]; from the reading of his almost unedited diary I suspect he also had a sleeping bag and a few, very few, other things. He broke into houses, sheds and barns to sleep at night. The weather was vile; cold, wet and muddy, and then cold and snowing. Pubs gave rare shelter and warmth. He had very little money. And it's an unromantic and unprepossessing route to walk: there's the Danube and the Black Forest, true, but it's mostly claggy farmland and small unfriendly villages (though perhaps Herzog didn't invite much friendliness). His book is searingly honest, and quite batty. The further he walks the odder he gets, or at least the odder his perception of the world he's passing through becomes. This is understandable; he's cold, exhausted, driven, lonely, hungry. The things he sees, what he notes, also what he imagines he sees are all fascinating. And poetic. As is his account of the discomfort, the blisters, the cold, the fear of discovery when he's broken into somewhere to sleep, the boredom. It's one of the toughest, self-imposed walks or pilgrimages that i've read of. He makes it to Paris. He meets Eisner (though doesn't tell her that he's walked the whole way). She goes on to live for many more decades.

Matuso Basho's wanderings through 17th century Japan were inspiration for much of his poetry, and especially haiku – the 17 syllable [5-7-5] verse form he's given credit for refining, though in his prose-poem-travel-narrative he used other, more flexible forms – hokku and waka amongst them. He's the guy who wrote the exemplar haiku: Old pond, a frog dives in, water 'splash.' Following the narrow road to the far north took him on five month walk through the remote lands of the northern region of Tohoku; bad weather, bandits, few places to stay and poor food were part of the trip. Also like Herzog, he too had little money – replacement straw walking-sandals were a big expenditure – and carried little kit. He sold his house (read 'hut' – he was a simple-living, though famed poet) and made a will before leaving not being confident of returning. (He did return, though died on a later journey). Unlike Herzog his book is a less than completely honest account of the trip – he changed the order of some of the places he visited. And perhaps embellished or imagined up some of the events. Rather than writing a travelogue or unflinchingly recording exactly what happens mentally and physically on a long walk he was focused on creating poetry based on the idea of sabi, the human response to and connection with nature. Therefore it's not so much a diary as a Bruce Chatwin-esque work mixing fact, art and imagination. He also travelled much of the way with a companion, a disciple. The edition I have benefits from scholarly foot notes, introduction and comments, but is a clunky translation.

The Collins Gem book of Wild Flowers – written by Martin Walters, though he's a bit underplayed in the credits - I originally bought because I wanted a pocket-sized book of basic flower recognition. It was beside my bed because I thought I might use my enforced lounging around to brush up on various subjects; for a country lad i'm pretty rubbish at plant recognition and naming. That's compared with birds; i've always been interested in ornithology, both as a boy and since and so have put a lot of time into looking and learning, and it's given me skills in bird recognition that are almost instinctive; by that I mean that I know enough about the shape and habitat and habits of pretty much every Irish species and very many European and a good deal of South American and African species too, and certainly all the families. Even if I only glimpse a fleeting bird or see a species I don't already know, there's a good chance i'll work out what it is, or even 'know' it subconsciously. I can't do that with plants. I don't notice whether flowers have four or five petals, whether stalks are round or squared in segment, leaves are on stalks or straight from stem. It seemed it would be good to learn to notice these things.

That night and those three books got me back on my feet. Literally. Inspired by all three, in different ways, I began walking again. Sometimes a mile, often around three miles, occasionally five, once six. These are the kinds of 'local' distances I wouldn't normally consider as worth walking for their own sake. And certainly not slowly, each and every day, tramping and trudging and hobbling around the same routes. Some days I felt better after walking; some days I felt a little worse. 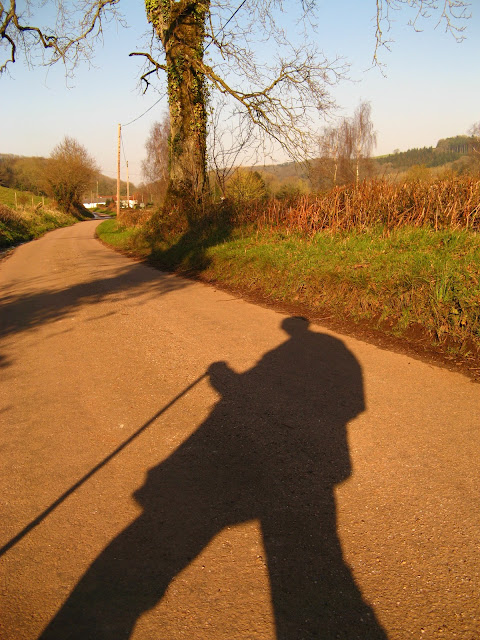 Walking produced the following random impressions – mainly taken from three walks before I went back into hospital, and then from a walk taken a week post-surgery, so just a few days ago. Walking, however short the route, is still good. And it was if I had the three authors along with me – Herzog, Walters and Basho – each jostling for my attention. It was companionable walking. Rather than thinking of each walk as an entity, all the walks seemed to run (odd word, in the context) into each other, and so i've just listed stuff under headings. 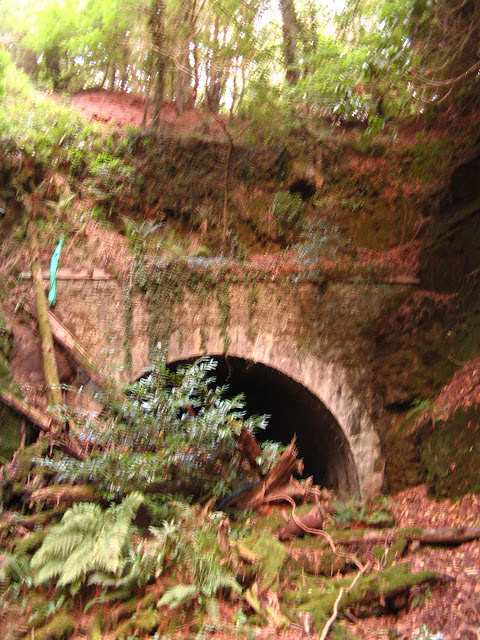 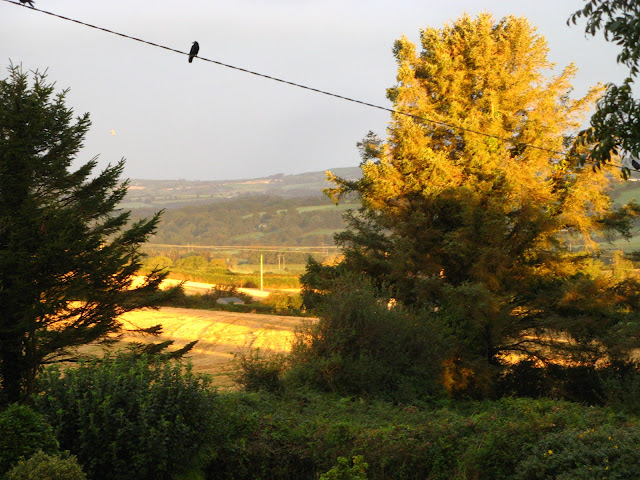 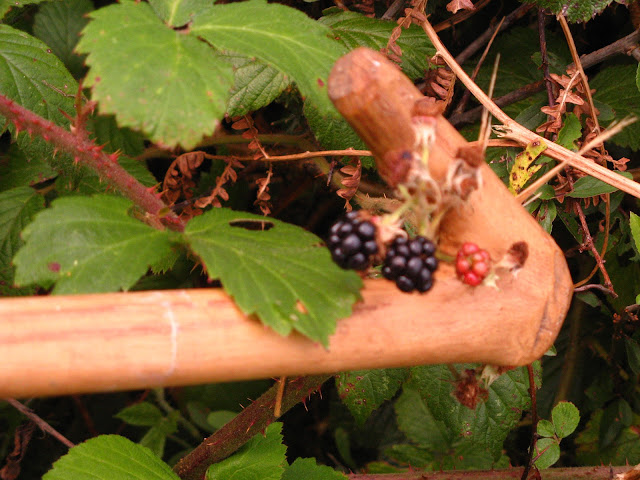 Of the three books, Herzog got me back out walking however uncomfortable and boring it seemed, and encouraged me to look honestly; and to trespass into woods and fields, too, and not care what people thought if I was caught peering into bushes, or down on my hands and knees, or trying a shuffling run or a skip or reciting poetry aloud as I walked. Basho's example led me to try to find something of interest in everything I saw and in every mile's walk, and to then find words for those things. And the flower book gave me something to find, and something to name, and something to do. 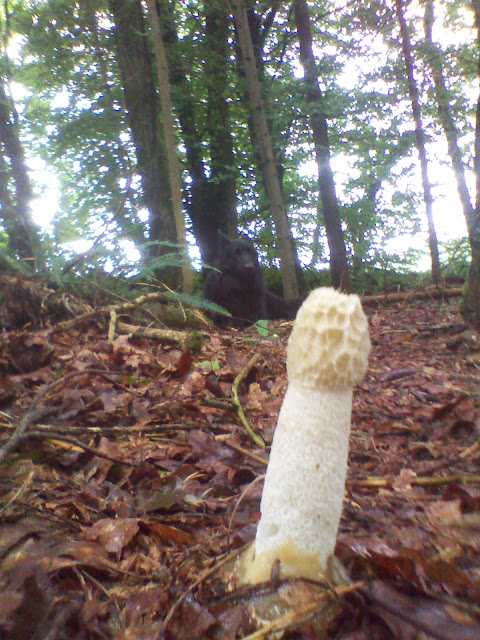 Two weeks since surgery today and I went on the longest, briskest walk since coming out of hospital. I fear that as I grow stronger and fitter that I might return to walking fast and far, and consequently see and experience less. That I would forget all I have learnt about - and have learnt from - slow walking over the past few months. That would be a pity.
Posted by jasper winn at 16:27