A WALK FROM MUNICH TO PARIS 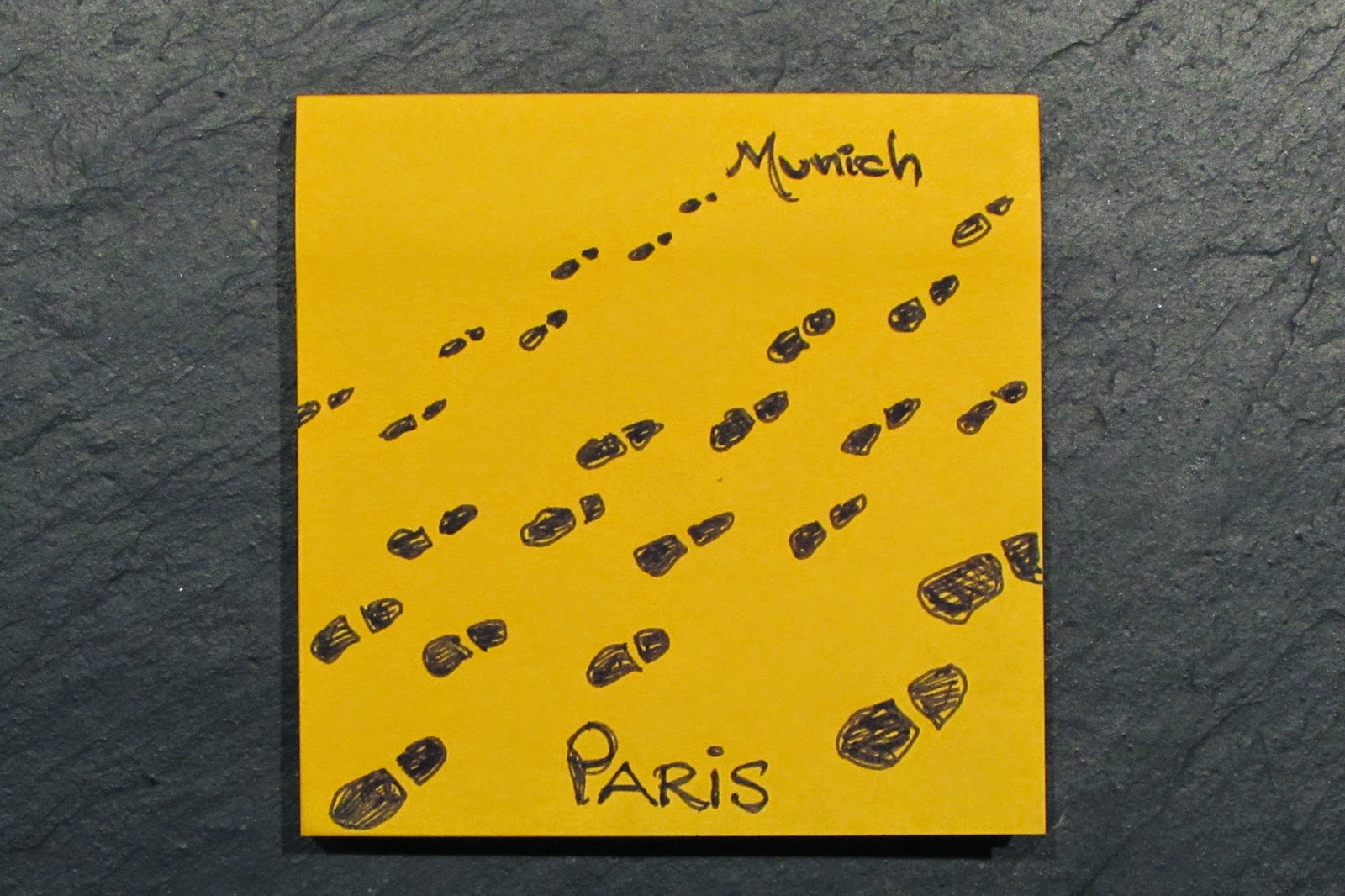 In early November - next week, as i realise, writing this - i'm setting off to walk the 500 miles/800 kms between Munich and Paris, in as close to a straight line as possible.

Partly i am making the journey because a long walk is always good for the soul.

Partly i'll be striding in the footsteps of German film-maker Werner Herzog who walked the route exactly forty years ago,starting in November 1974. He had heard that German film critic Lotte Eisner was ill and might die; she had championed his career from early on when his films challenged the notion of what films were for and how they were made; he decided that by making a pilgrimage on foot to her bedside he would stop her dying. Herzog kept a private journal of his three week trudge. This was published some years later as the slim volume, Vom Gehen Im Eis/Of Walking In Ice. I came across the book, in translation, when researching long walks and pilgrimages more than a decade ago, and it made an impression on me. The writing is stark, recounts only the images that he sees, and what he directly feels. It's both beautiful and unsettling. His trip was difficult - average 24 miles a day non-stop and he carried little to make him comfortable or weather proof. He left in cold and patchy snow and over the coming weeks it rained, snowed, froze and blew. At night he broke into holiday homes, barns or anywhere he could find shelter. There were occasional nights in inns.

There is a haunted feeling to Herzog's trip, as if he's a fugitive on the run. It's hard to know if that come from his own nature, from the nature of Germany at that time, from the weather or because he had left his wife and seemingly - reading between the lines - a sick child to hasten towards someone dying. [Though Eisner lived for quite a number of years after Herzog's pilgrimage]. 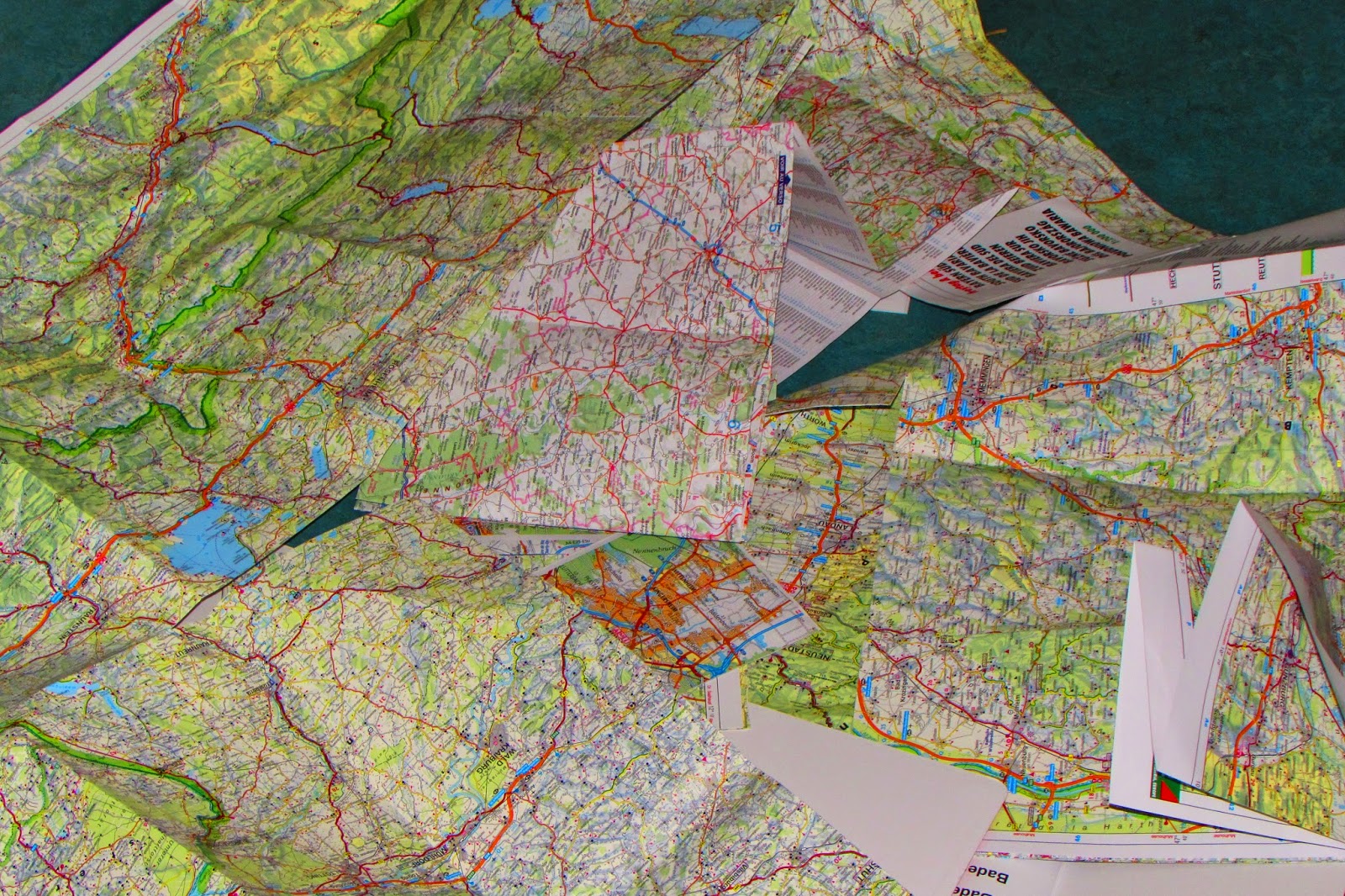 Perhaps i am curious to see if walking the same route will answer those last questions about Herzog's trip. I am interested to see the landscape he describes in the book four decades on; i'll be carrying German language version of his book (and a dictionary), and strips of maps for the whole route. Writing in diary form Herzog listed virtually every village and town he passed through and where he spent each night so it has been easy to plot close to his exact route. He mainly followed small roads, initially following a compass bearing (later in the walk he lost the compass but had bought a map) out of Munich. I'll do much the same. And like him i'll cross the Danube twice, and walk through the Black Forest and cross the Rhine into France.

Barnaby Rogerson, author and publisher wrote the following when i told him about the walk: I read the Werner Herzog munich to paris book. Nicely short and bizarre, but such a painful loner, breaking into holiday cottages, seeing rejection in every passing stranger...extraordinary contrast with St Paddy Leigh Fermor.

Barnaby's comment resonates with me. As much as i'm interested in trying to understand the practicalities and topography of Herzog's trip, i am as curious about my own reaction to three or four weeks of walking in the long night and short days part of the year in a non-obvious region of Europe. Will i find it as oppressive as Herzog? Or will i find myself more in tune with a Paddy Leigh Fermor spirit who, seventy years ago, walked roughly the same line but further north and in the opposite direction as he set off in mid-winter to stride from the Hook Of Holland to Constantinople, a journey that would run into years of distractions and detours. His account of the first third of his journey across the Lowlands and Germany is joyful and full of adventure and happiness; filthy weather, having his rucksack stolen and other upsets are glossed over and he revels in architecture, meetings with new people, warm inns and the like. I hope i might do likewise, at least some of the time. 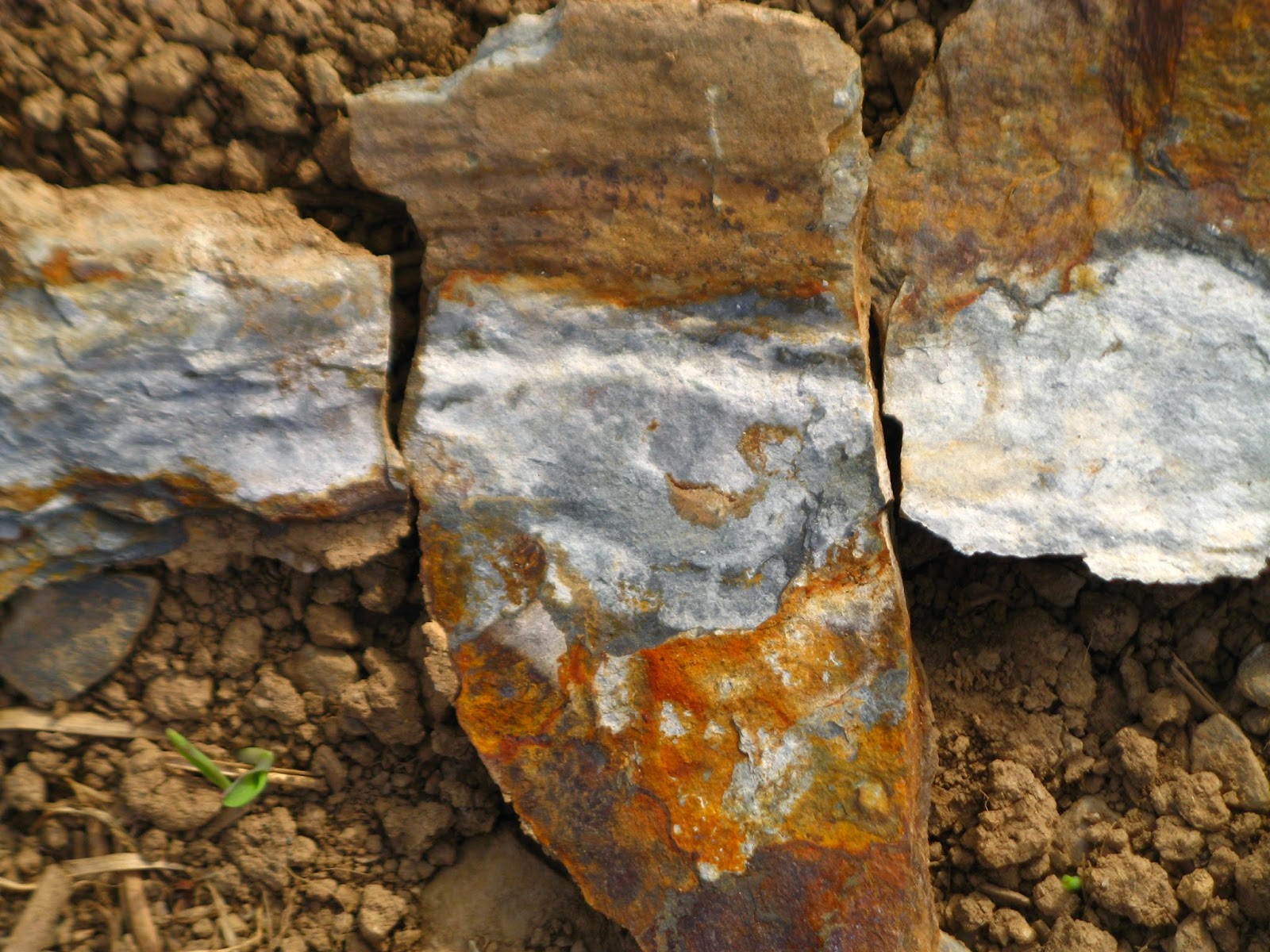 Balking at breaking into people's summer houses - or at least reluctant to flag up any intention of so doing in print - i am drawing on the experience of long walks and winter expeditions of the past to suggest the minimum kit to be able to sleep out and walk reasonably comfortably. I would have actually been far better equipped that i am; i have much warmer and lighter clothing, as well as a winter sleeping bag and good waterproofs in a neat pile. Unfortunately that neat pile is in Ireland and i haven't been able to get back and pick it up. So i have kitted myself out with with warm clothing and waterproofs from the charity shops of Fulham and the Kings Road. Quite retro some of it, and none state-of-the-art; so that rather puts me in tune with Herzog in the 70s. 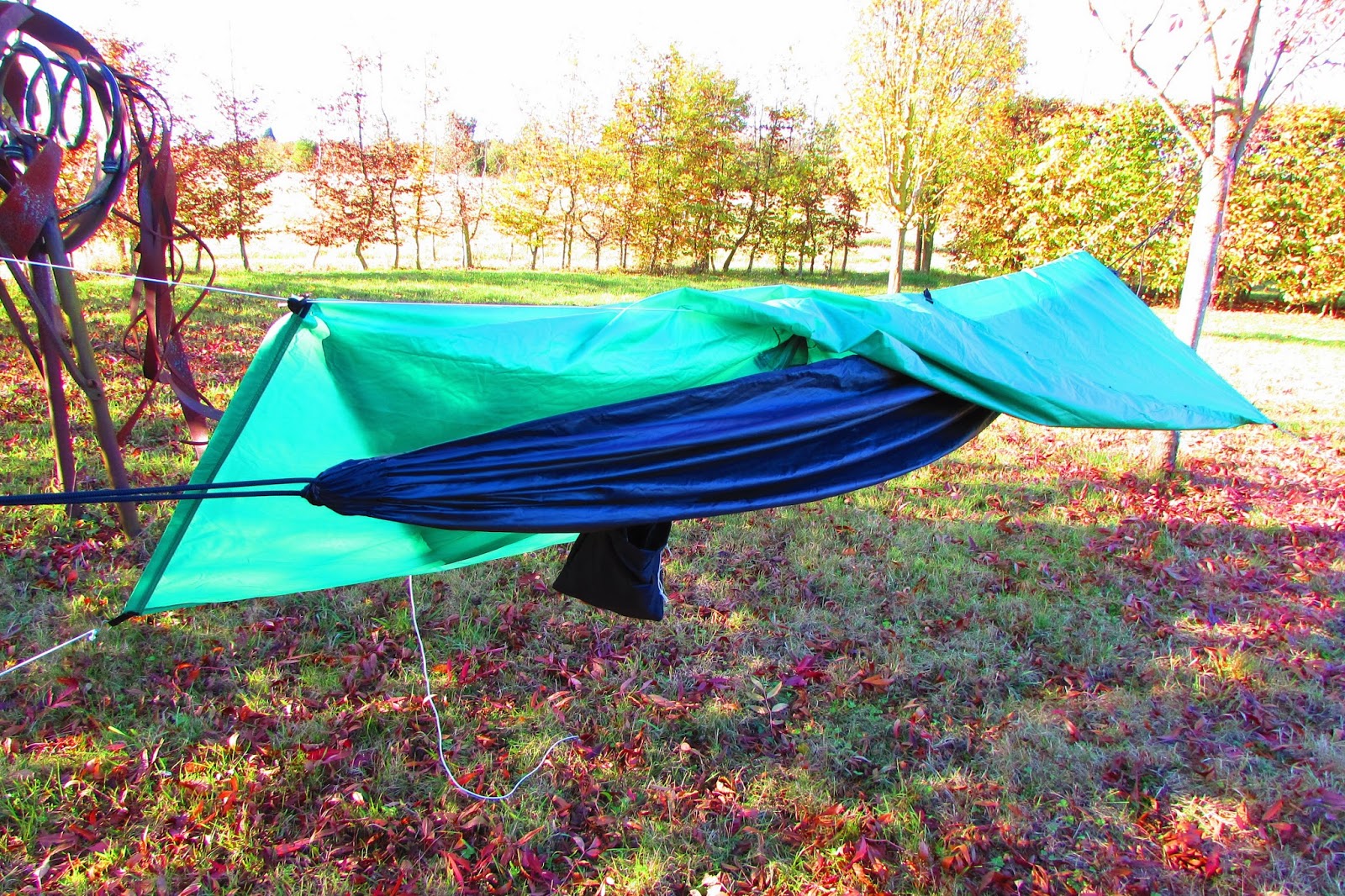 For bivvying out i've made a hammock (the one i had already is, of course, in Ireland) having to hand sew metres of seams. But it works fine. I've got a summer weight sleeping bag, but wearing all my clothes and with a few military survival tricks it should be good to well below freezing. I've made a spirit stove out of two tonic water cans. I've got my titanium mug and spoon. But won't be carrying much food anyway - weight is the enemy of distance on this kind of trip and i'll just grab meals when i find cheap cafes or inns en route and skip meals between bar the odd packet soup or coffee, or handful of dates. 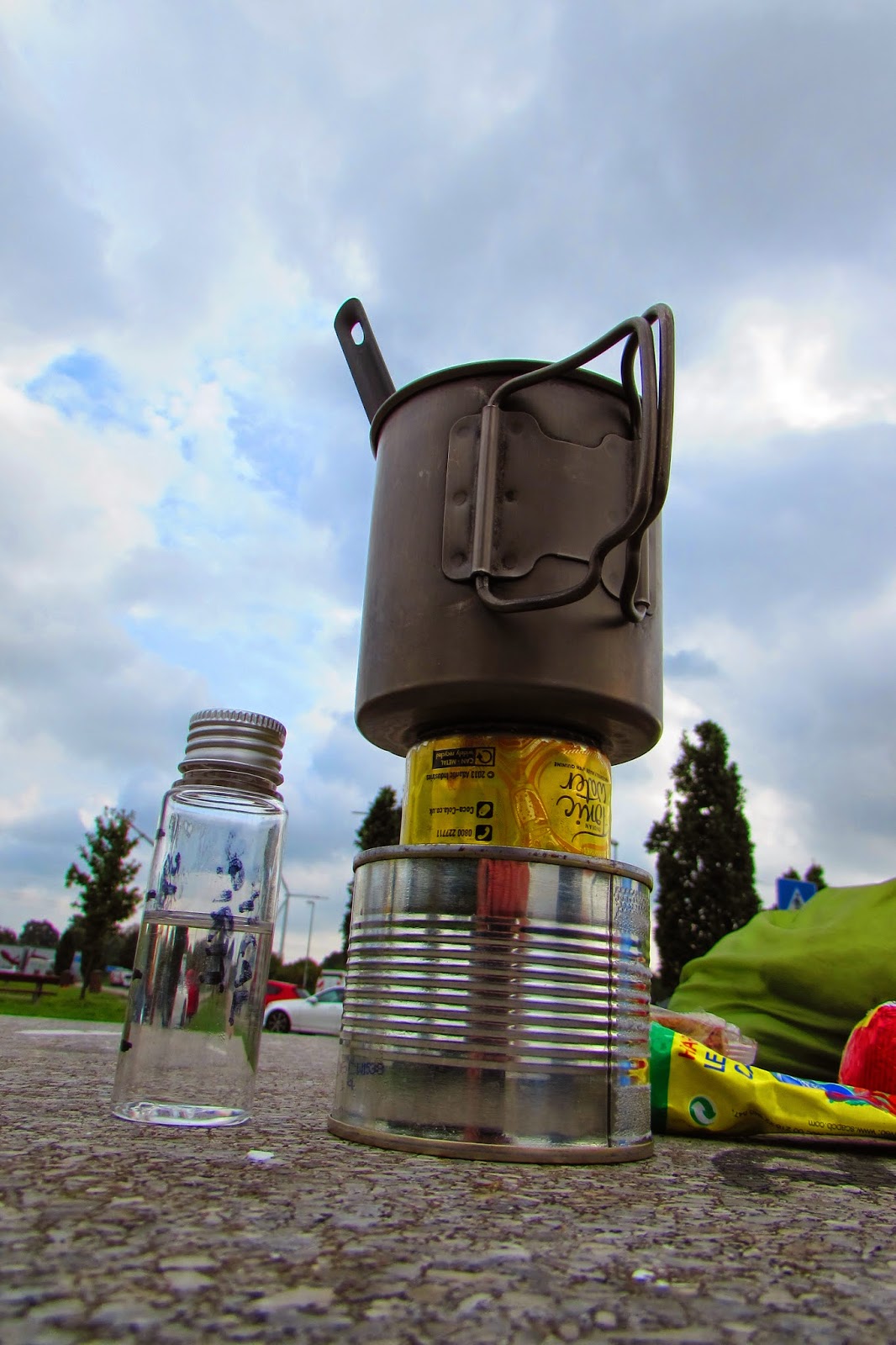 I've spent money on two things which seemed worth taking seriously. One is a Sea To Summit poncho-tarp. Two necessities in one - overall rain cover for wet-weather trudging and long enough to stake out over my hammock or a ground bivvy and provide shelter against the vilest weather. On this trip i don't plan on using any kit or skills i haven't used extensively before.

The other purchase has been a pretty high spec head-torch. An Alpkit Manta with variable white beam and red, green and blue LEDs. Red is for walking at night without losing ones night vision, the green makes map and print reading easy (i've tried it, and it does) and the blue is much valued by poachers for following blood trails in the dark as it shows up red in high contrast (i haven't tried it but it probably does). I fear the long nights lying like a hidden animal in my hamnock with ten hours and more of darkness, of which only some can be obliterated through sleep; a head torch allows me to keep walking into the night, and start before dawn. And to read.

Here's a wonderful discovery! Reading, right. I resented having to take a pair of those cheap petrol station glasses to be able to read fine print on maps in low light. But then i realised that a pair of glasses meant that i could read tiny print easily for pleasure. So i've typed up and then put into the tiniest print tens of my favourite and most uplifting poems which i've printed out on a mere eight sheets of A4. Brilliant! And i've got Herzogs Vom Gehen Im Eis to translate and that won't be a quick read.

As far as mental and physical preparations go, well....

...i've watched a considerable number of Herzog films - most notably Morgana Fata, a dreamy collage of fairly random footage mostly from the Sahara and the Sahel shot whilst on another project and with no narrative as such; Heart of Glass remarkable for the whole cast performing under hypnosis, and for the closing scenes being shot on Skellig Michael off the coast of Kerry; Fitzcarraldo which, strangely, i'd managed to never see prior to this and which i found brilliant and uplifting and exciting and touching; and My Best Fiend about working with Kinski, and in which Herzog comes across as likeable and far from the mad genius/charlatan as sometimes portrayed.

I walked a hundred miles of the Dingle Way in September.

I'm pretty much clearing everything work wise so i can be guilt free and out of touch (or is that out of touch and guilt free?) for the month or so of walking. Though also close to broke. Putting me in tune with both Paddy LF and Herzog, though more with the former than the latter i suspect in real terms.

I've given myself an extra week over Herzog to do the distance. Partly because 24 miles average a day is pretty punishing and i want to enjoy the walk, and partly because i have factored in extra time for recording sound, taking photos and filming en route.

I have mulled and thought and pondered about what the point of the trip is. It's certainly not a slavish in the 'footsteps of'...' journey, and indeed i'm curious to see how much Herzog and his account influence the trip at all. Perhaps he will fade away quickly and leave me to walk from Munich to Paris on my own and in my own way. Or perhaps i'll catch glimpses of his shade, and - more - of the people and places he recorded forty years ago. I'm completely open-minded about all this. The motivation for this trip has been a 'need' that has been simmering for years, since reading Of Walking In Ice. It's been there, deep in my subconscious all that time, but only came to the surface as a fully formed non-plan a few weeks ago. To go because the time seems right is as good a time to go as any, i've learnt. 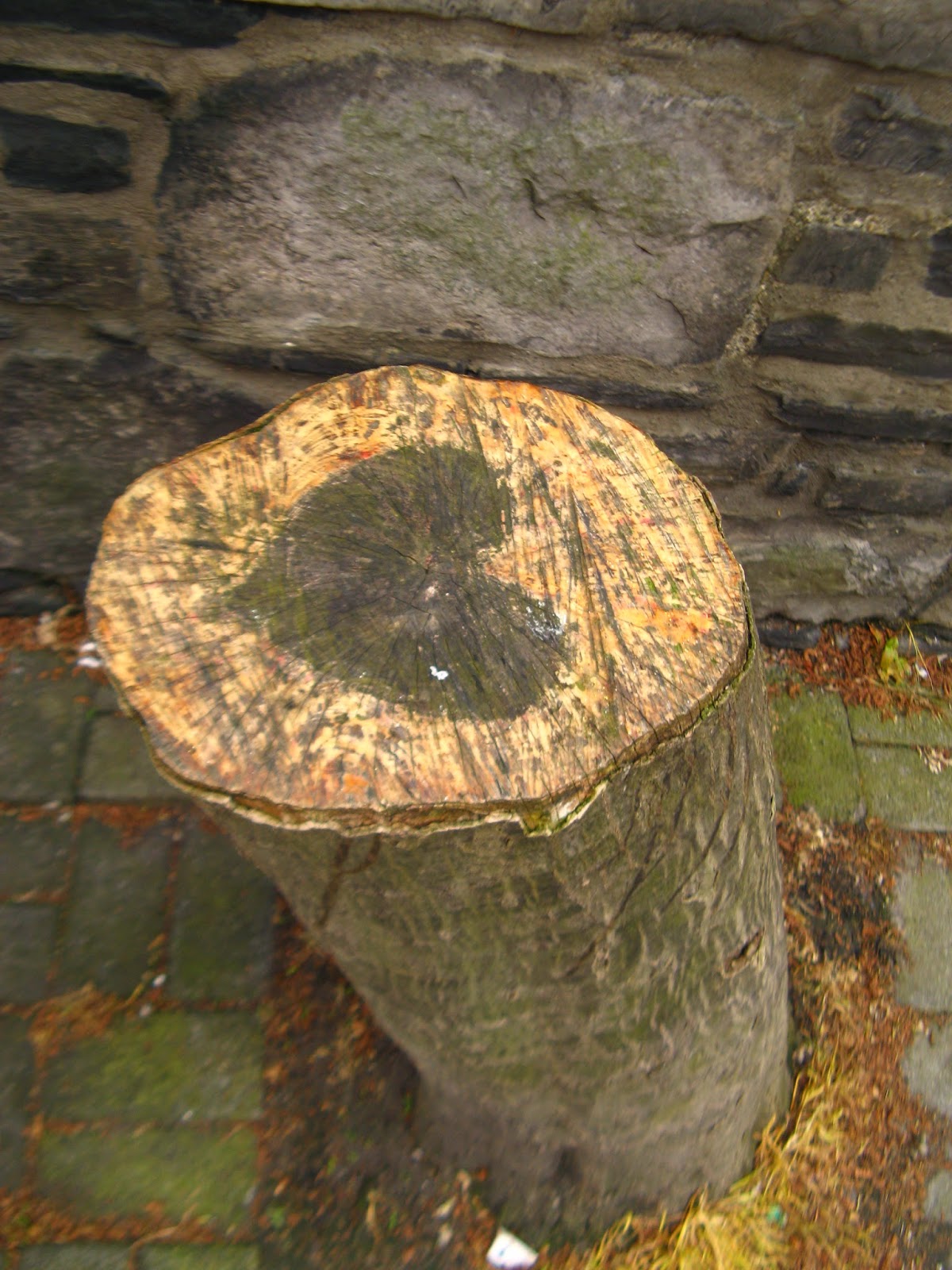 There are certain personal reasons for making a long walk at this time, and in the form of Herzog's pilgrimage to save a life, though my reasons are neither as clear nor as selfless.

It'll be a real slow adventure, and so a good way to reopen TheSlowAdventure.com after a long period of dormancy.

Ideally i'll be writing here fairly regularly from the walk but realise that it might prove difficult or impossible to find an internet cafe at more than a few points along the way, and so reports will be limited. Like everything to do with this trip, the intentions are good but the details are hazy.
Posted by jasper winn at 12:09